For 70 years this provision has supported skills retention in one of the most difficult but significant industries contributing to Australia’s economy. The metallurgical and thermal coal sectors in which Coal LSL’s clients work are Australia’s third and fourth largest export commodities respectively (1,2). They are projected to contribute a combined $55 billion to the national economy in 2020–21 (2).

Retaining the skilled coal mining workforce has also assisted Australia in earning the reputation of being a world leader in mining innovation and mining services (3).

Chair Brad Neven said, ‘We are proud of our role as an exemplary nationally portable long service leave scheme which supports Australia’s black coal mining industry in its significant contribution to the national economy and infrastructure.’

Coal LSL connects employers and employees with their long service leave and manages $1.83 billion in funds for 118,950 eligible employees and 780 registered employers (4). 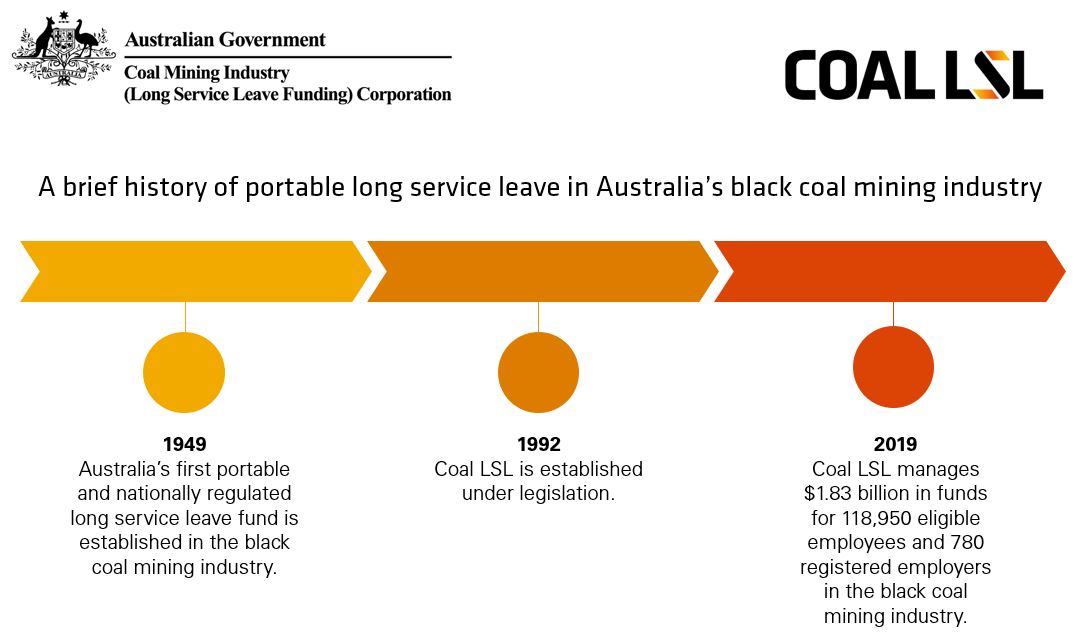